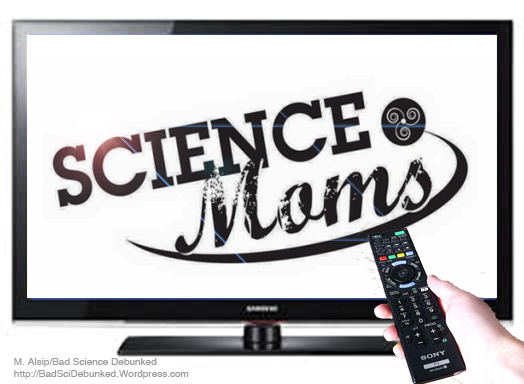 On a hot summer day in the not-too-distant past, I made a small contribution to a Kickstarter project for a film known as “Science Moms.”  As time went by, the pressures of daily life pushed the movie to the back of mind, along with that promise to my wife to mow the lawn, and something about an engagement party we were supposed to attend on Saturday.  Regarding the film at least, my memory was jogged last weekend, when directors Natalie Newell and Brian Newell saw to it that a copy showed up in the inboxes of the documentary’s supporters.  I was delighted.

Science Moms1 is thirty minutes of entertainment and science wrapped around a hard hitting message: celebrity-driven misinformation on issues such as vaccines and GMOs is making life miserable for parents, who don’t know where to turn for advice–and often end up making costly decisions. 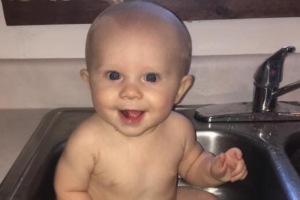 Children are obviously precious to their parents, who will go to great lengths to protect them. Good advice is critical. It won’t be found in the fear-driven Facebook posts of celebrities. (Photo: © 2017 Miranda Lynn White.)

Five mothers who just happen to be three professional scientists or science writers/communicators were inspired, in part, to make the film after one of their heroes, Buffy the Vampire Slayer star Sarah Michelle Gellar, made an ill-advised and scientifically inaccurate video on GMOs.  (Yes, scientists love Buffy too!)

The movie is loaded with witty animations, facts that hit home but don’t overwhelm, and, my favorite, touching personal stories from each mother.  The most poignant moment for me was the story of a neuroscientist who reflected that views of the polio vaccine are so different now than they were in her own mother’s time.  This echoes my own mother’s recollections of losing grade school friends to the dreaded disease, and her nightly prayers that she wouldn’t end up in an iron lung herself.  The polio vaccine was/is a Godsend, yet we live in an age where parents are frightened away from safe vaccines by Hollywood stars whose science education is, to be kind, lacking.  Such are the lessons of this wonderful documentary.

I doubt that Science Moms will change the minds of any of the virulent anti-vaccine, anti-GMO, anti-science crowd, but I don’t believe that’s the film’s target audience.  The Science Moms are speaking to other mothers out there who are just as confused and frightened by misinformation as they once were.  I’ve always likened good science communication to vaccines: once someone like Gary Ruskin or Carey Gilam (USRTK) has been infected by anti-GMO propaganda, or Andrew Wakefield’s shameful vaccine lies, there’s probably no chance of saving them.

But there are countless parents who have yet to be infected by the diseased words of the Sarah Michelle Gellars, the Jenny McCarthys, and the Gwyneth Paltrows of this world.  Science Moms is the ideal vaccine for these parents.  To be forewarned is to be forearmed.  Information antibodies introduced into the brain by this $4.99 (downloadable) film could be just the thing to save a confused mother (or father) who comes up against the dangerous, pseudoscientific nonsense of a Vani Hari or David Avocado Wolfe sales pitch.

Curious?  You can learn more about Science Moms at  http://www.sciencemomsdoc.com

Disclosures:  I donated to the Kickstarter fund that helped make this movie possible, but I have no financial interest in it whatsoever, including compensation of any type from sales, promotion, etc.  I speak favorably of the film because I believe in it.  I once played hooky from physics class and went fishing. Now you know. [End of disclosure]